After a weekend in the country I have dogs on the brain.  And what better way to express that than through cupcakes? 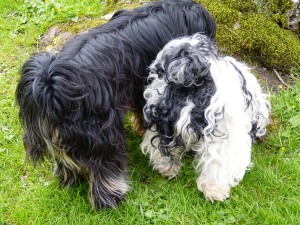 Here’s how.  We will use the following for the sponge:

And for the icing:

The recipe is derived from a Delia Smith one, but it’s something I’ve known off by heart almost forever – a family favourite for birthday cakes, cupcakes, or cakes just because.

Pre-heat the oven to about 190°C (fan) and then start by weighing out the flour, sugar and butter for the sponge.  Mix them together by rubbing in, or I guess you can use a blender if you don’t want

to get your hands messy!

Whisk the eggs, evaporated milk and water in a bowl along with a good few drops of vanilla essence.

Add the liquid to the flour/sugar mix gradually, and blend with a wooden spoon as you go.  When everything’s been incorporated, beat it hard for a couple of minutes to make lots of air bubbles.  This will help to keep the cakes light. 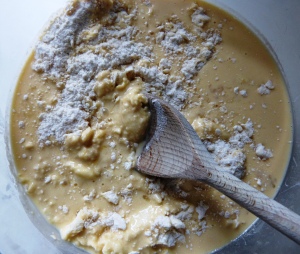 Pop some pretty cupcake cases into a tray, and then fill each case between 1/3 and 1/2 full with the batter.  This amount of mix should make between 15 and 18 cupcakes.

Now put the tray in the oven, and set a timer for 20 minutes. 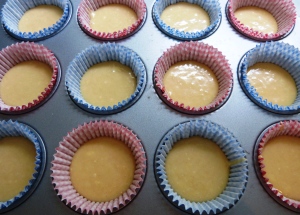 While the cakes are cooling, you can get started on the icing.  Mix the icing sugar and butter together and when you have a smooth, creamy mixture separate about 1/4 into a different bowl.  If you want a slightly more runny consistency, add a tiny bit of milk to the icing.  Sprinkle some vanilla essence into the white icing. 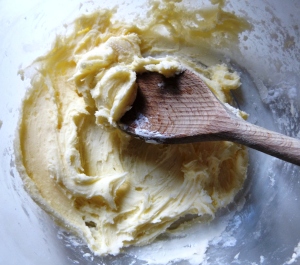 If the 20 minute pinger has gone, check the cakes – slide a sharp knife into the middle of one and see if it comes back clean.  They may need 5-10 more minutes.  When they’re ready bring them out to cool!

Now for the really fun part.  When the cakes are cool to touch (this is important, otherwise the icing will melt) you can start to decorate.  If you’re feeling impatient waiting for them to cool down, do the washing up/lick the bowls. You’ll feel better later…

Ice all the cakes generously with the white icing, don’t worry if it’s a bit messy – nobody will even notice.  When this is finished, use the chocolate icing to make a circle on the lower half of each cake.

Place a large chocolate button on top of each of the chocolate icing circles – the icing should blob out around the edge to create a nice brown muzzle for the pug.

Break some more chocolate buttons into approximately triangle shapes and then stick them into the tops of the cakes where they become lovely little ears.

Can you see where I’m going with this?  Grab some dark brown writing icing, and draw a dog nose and mouth onto each chocolate button.  Then add eyes onto the white icing above the button, and little wrinkle marks around them.

And the finishing touch to the pugs… a little tongue sticking cheekily out of course!  I came up with the (quite good if I do say so myself) idea of using strawberry laces – break them up and then curl a bit round to make the tongue.  It should stick in the icing that makes up the mouth, and you can do a bit more icing over the top afterwards if you want to neaten it up.

When you’ve finished these steps on all your cupcakes, you’ll have a kennel’s worth of smiley pug puppies.  Plate them up, show them off, and try not to feel guilty about eating something so cute. (Just joking). 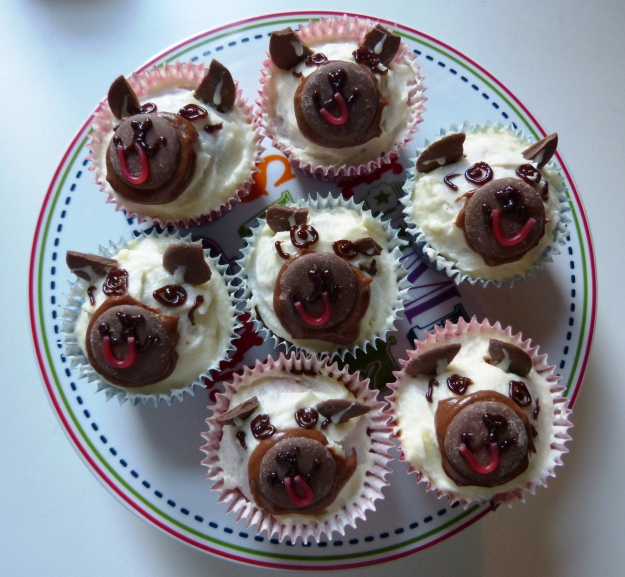 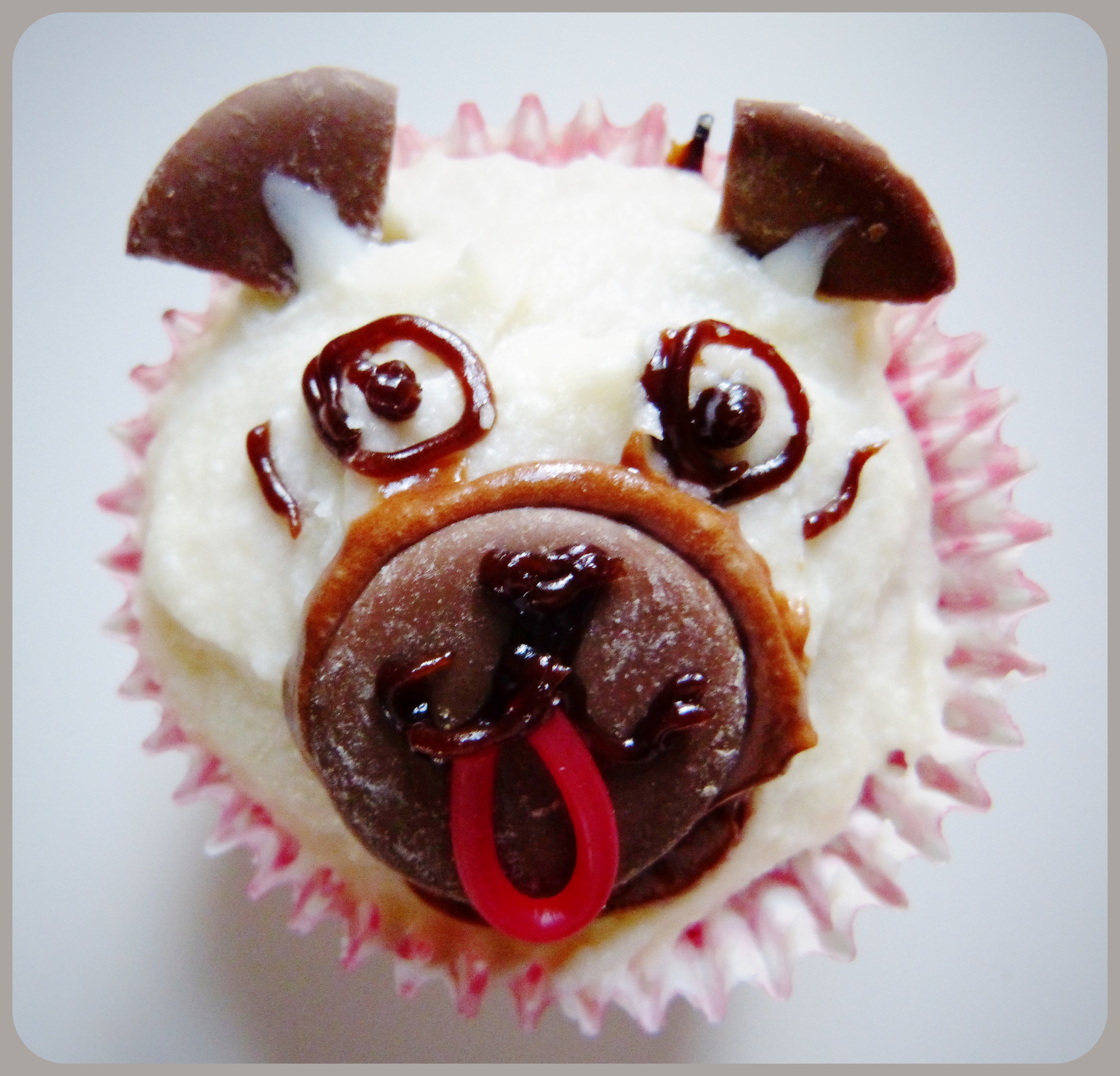 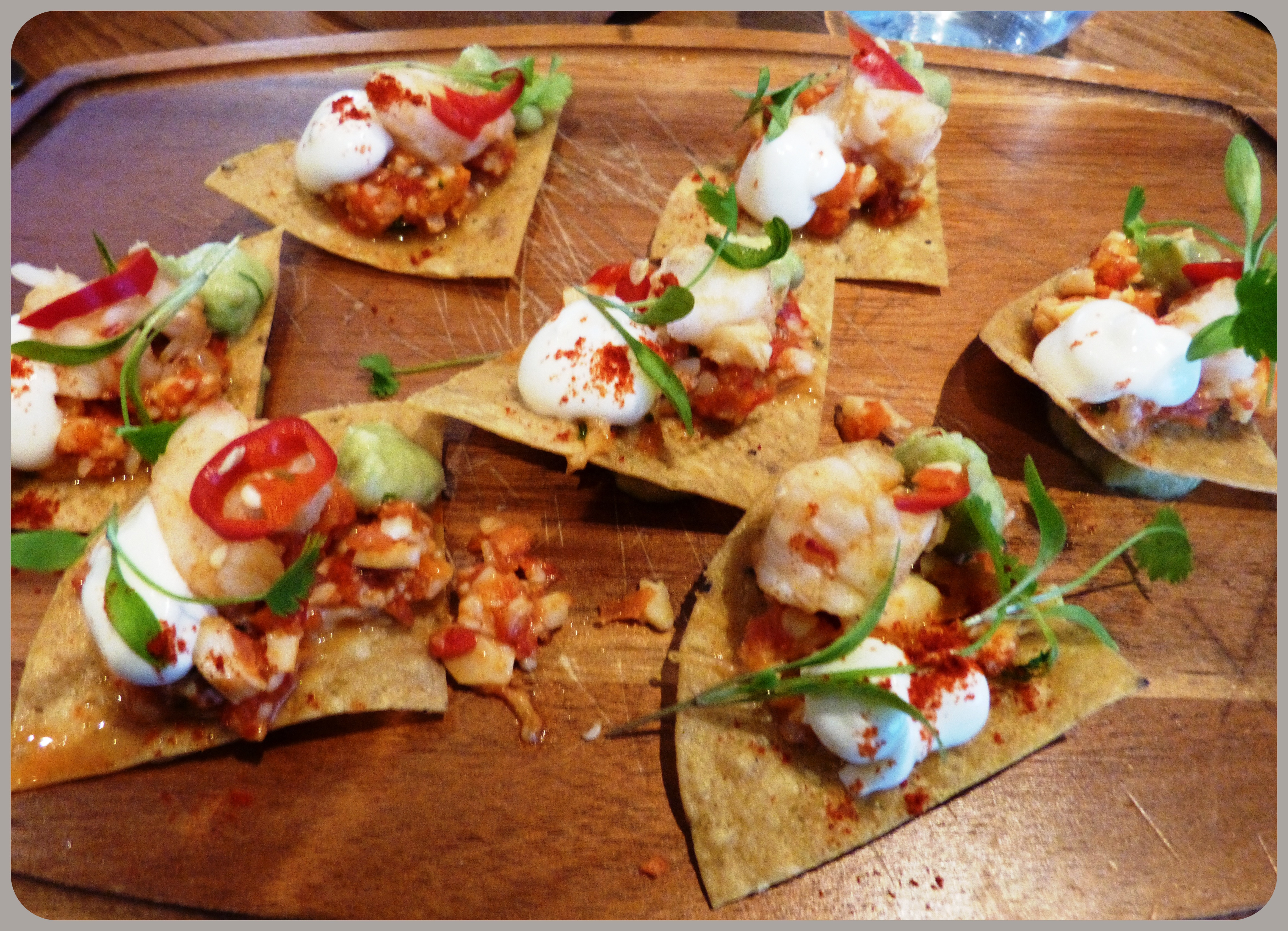 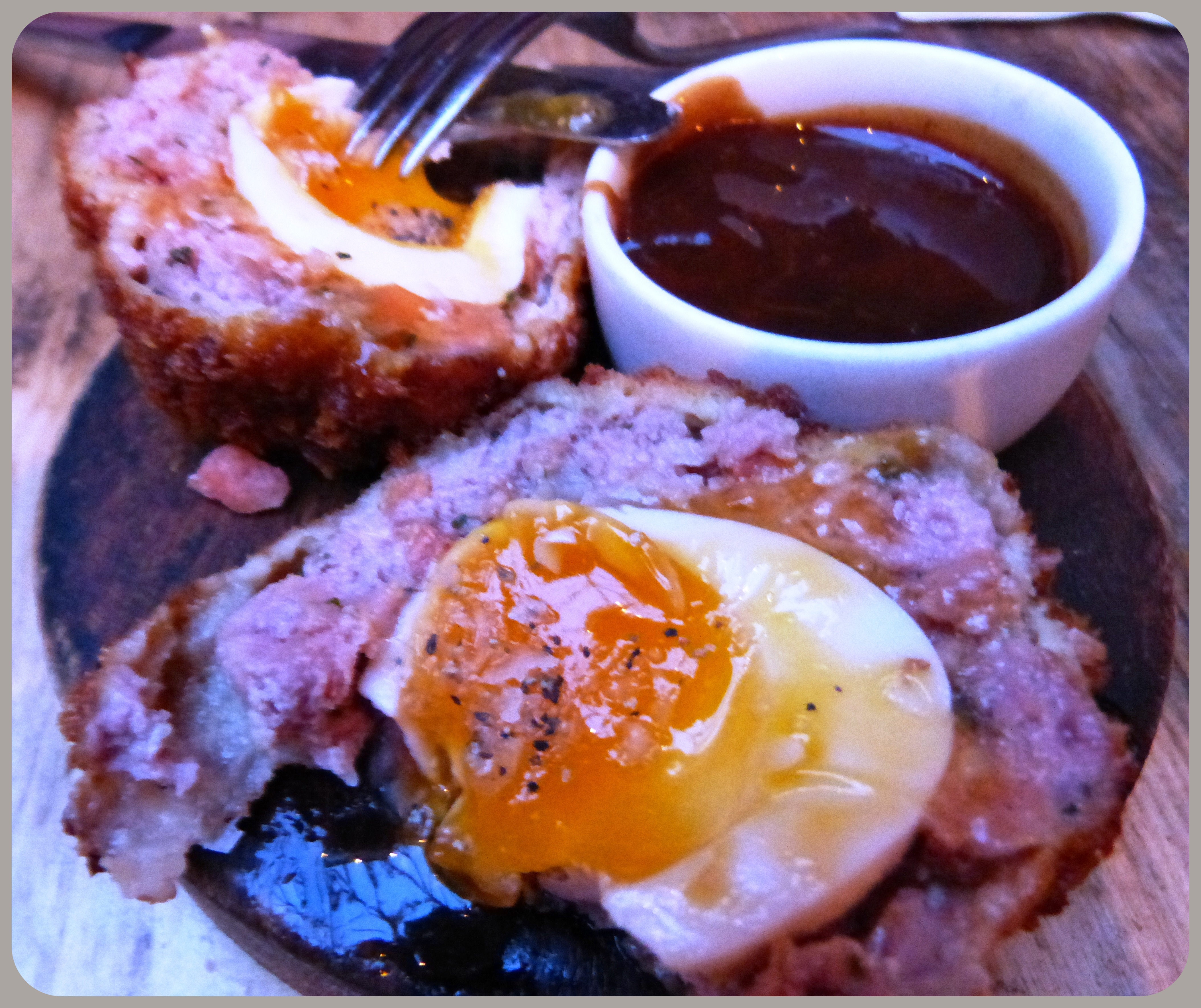 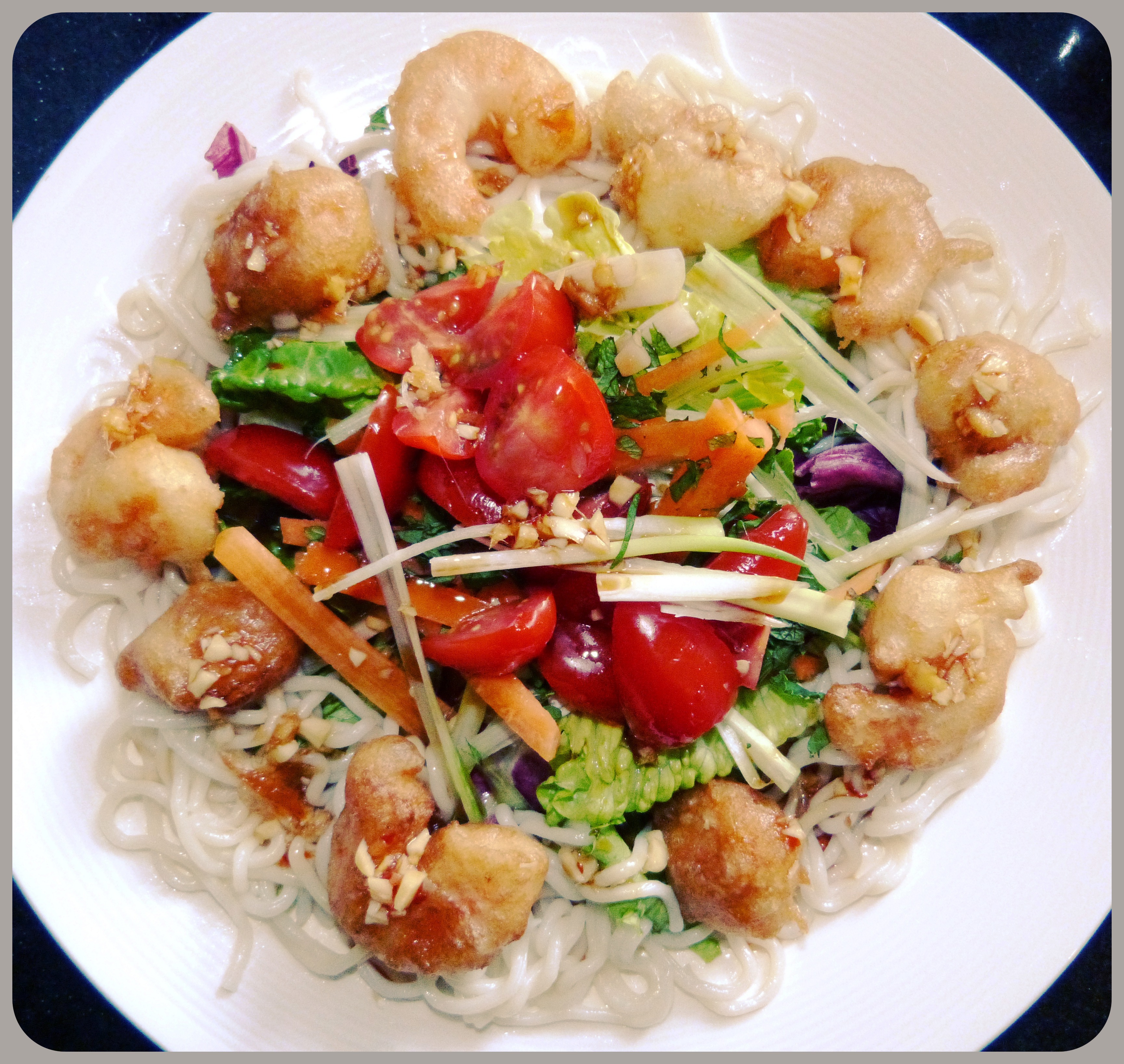 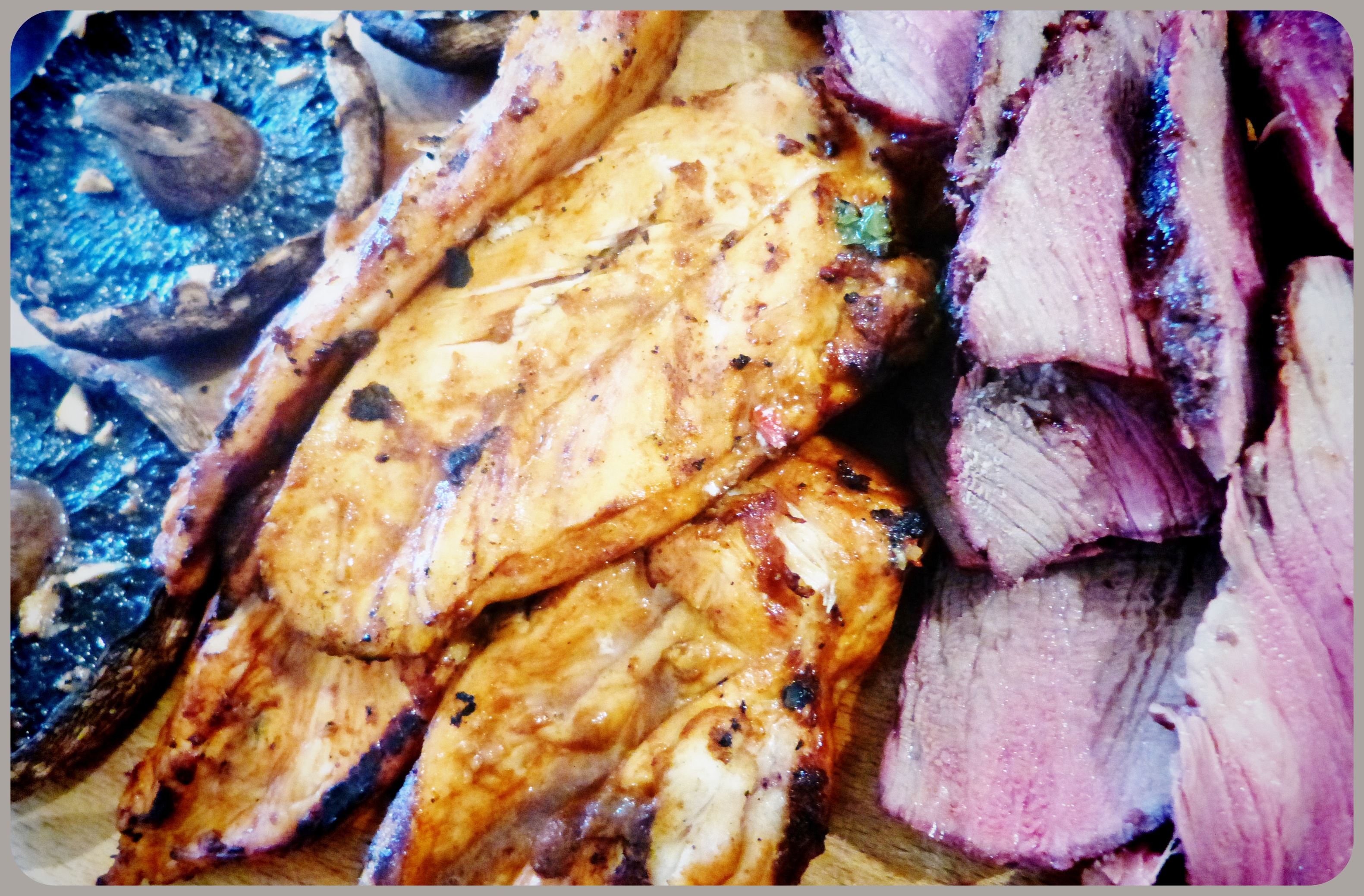 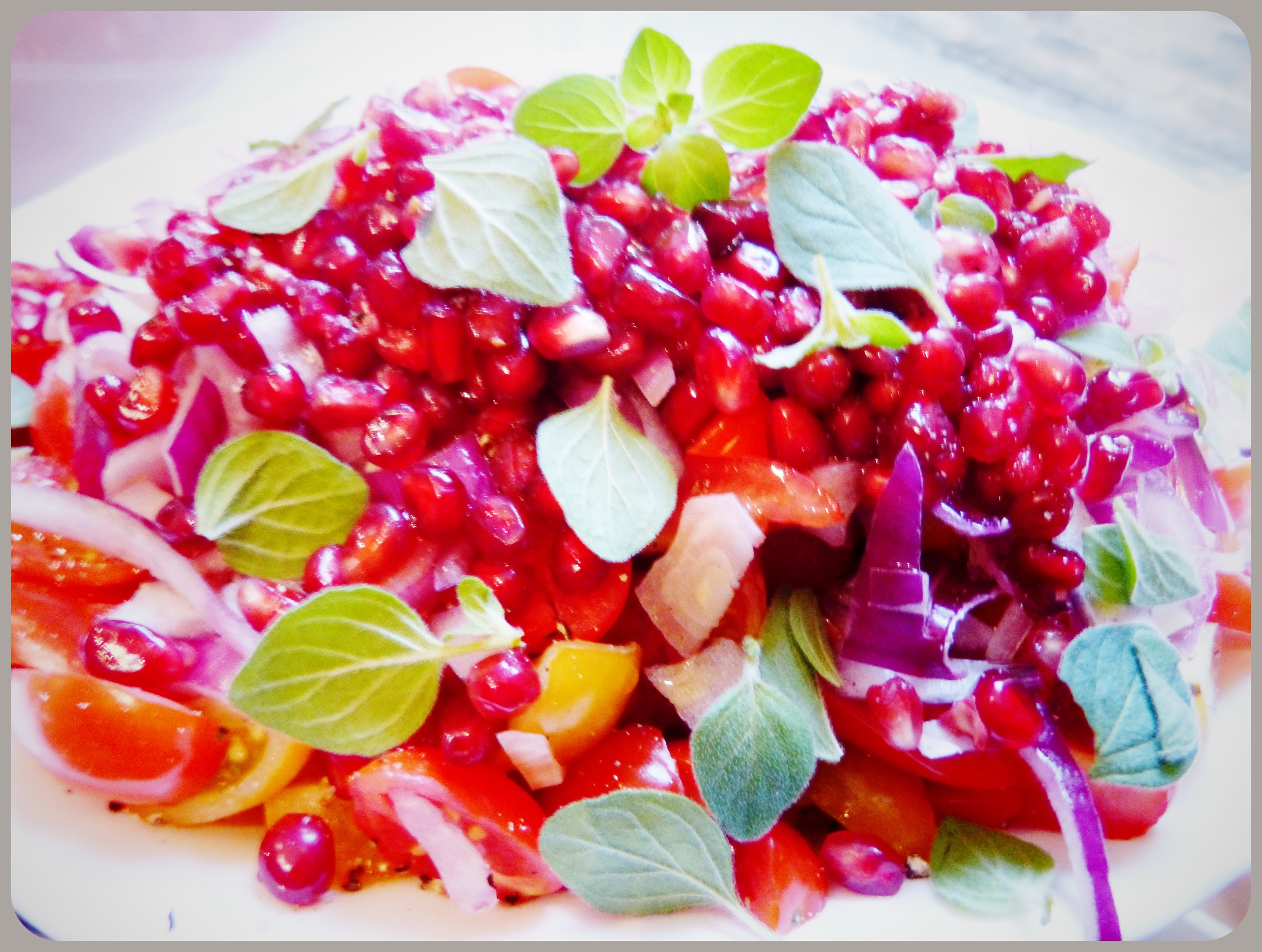 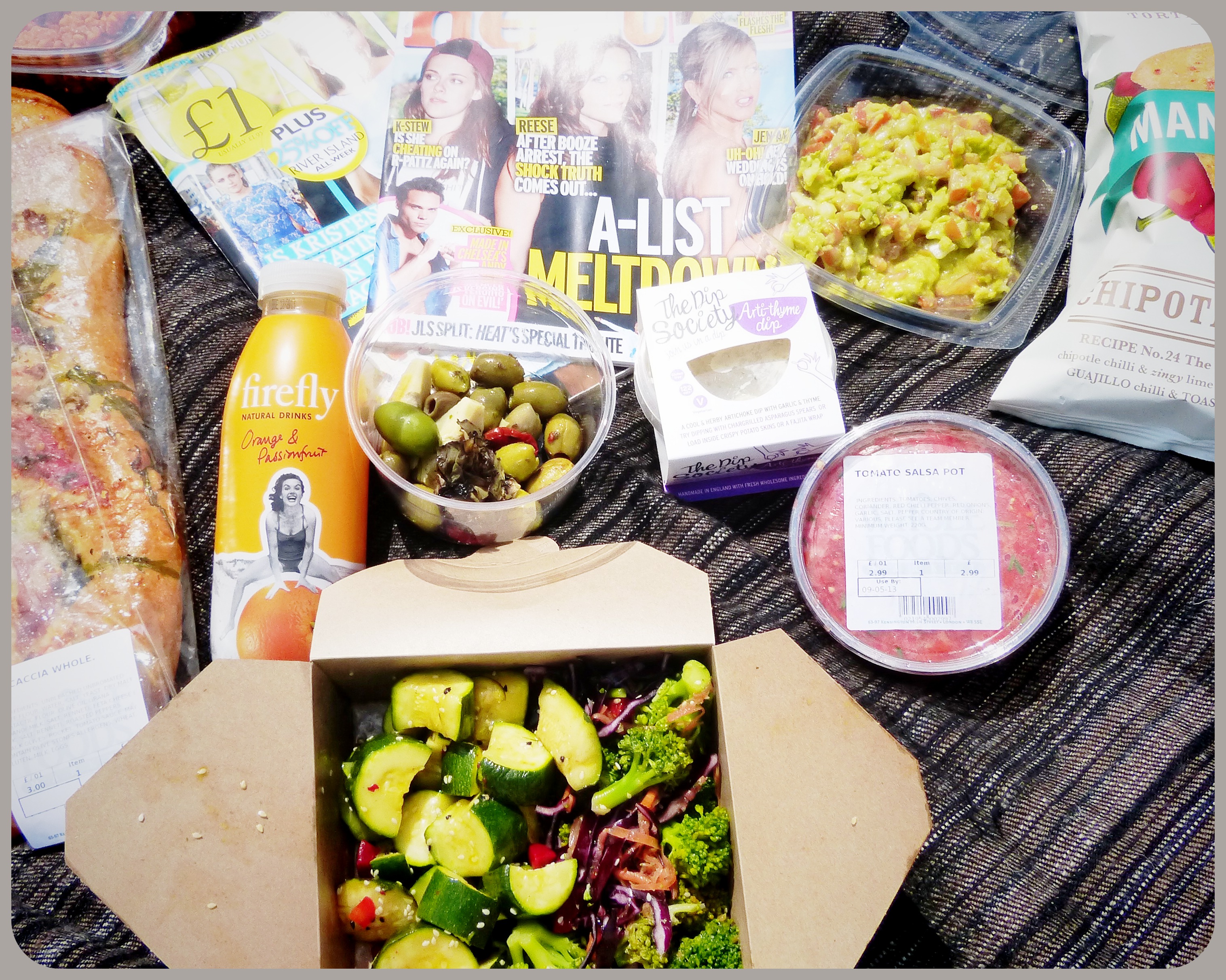